You are here: HomenextTopicsnextEducationnextWalking To School. 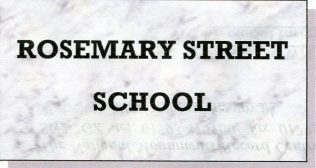 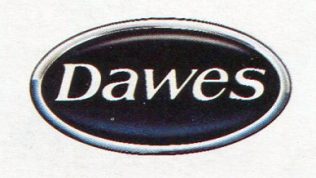 zoom
Victorian Wall Box in Mansfield - not the one mentioned

I went to Rosemary School between 1958 and 1962 and remember  quite a bit of detail of my walk to there from Burns Street. I would leave the house at 8-30am go up the street past Fair Brothers factory turn left onto Byron Street sometimes getting a packet of Beech Nut chewing gum from the machine fixed to the wall outside  Mrs.Rowlands corner shop. There was an arrow on the handle that you turned after you’d put your penny in the slot and if it was pointing towards you, you got a free pack as well as the one you’d paid for, but that wasn’t very often.

Down Byron Street and turn right onto Rosemary Street, opposite Byron Street was Marsdens grocers and the Co-op butchers. A bit further along Rosemary Street on the left was a sweet shop belonging to Mr.Rose then Harry Bulls butchers, with a name like Bull it seemed funny to me the sign on the front said Pork Butchers, then Espleys newsagents which changed ownership to a Mr.and Mrs.Dawes around that time, I did a paper round for them from 1960 to leaving school in 1962.

Across the road from the newsagents was Mr Checkleys cobblers shop, if I remember rightly he was also a bus conductor for East Midland Bus Co.

A little further was Hudson Street on the right and St.Johns Street on the left on the corner of St.Johns Street there was an electrical goods shop televisions etc. I can’t remember what it was called but my parents bought our first T.V. from there in the 1950s a Ferguson with a 12inch screen, when we first had it there was only one channel BBC, at that time commercial television hadn’t come on the scene.

Crossing Hudson Street you came to St.Johns Place there was a stone wall on the corner that bordered the rear gardens of some very old cottages that were on Hudson Street a bit of old Mansfield but there not there any more, in this stone wall was a post box with VR on it, put there in the 19th centuary, and opposite on the other corner to the electrical shop at top of St.Johns Street was the home and surgery of Mr.Bagnall the dentist.

A bit further along Rosemary Street in the house before the chemists lived Mr Ellis the caretaker at Rosemary school. the chemists was owned by a Mr Dennis and next to the chemist was and I think still is Slacks an outdoor pursuits equipment retailer which was on the corner of Union Street. Opposite was Layton Avenue, on one corner was Dr.Lauders surgery and on the other corner an office, Britannic Assurance I think.

The pavement on the right widened shortly after Layton Avenue and just before it widened was Mr.Todds dentist surgery. The next shop was a beer wine and spirits retailer which was also a grocers,I think that was owned by someone named Burton  and next to that Mr.Kiddys carpet shop, and a newsagents on the corner of Goldsmith Street.

Opposite the carpet shop was a very special shop a veritable Aladins Cave, Mr.Cowpes bike shop, if you needed a part for a bike Mr.Cowpe would have it, some of the stock must have been in there for twenty or thirty years, I had my first proper bike from him a Dawes Dalesman, I must have done thousands of miles on it (I’m still a keen cyclist), I still remember the serial number CS1202K. Mr.Cowpe was also the organist at the Methodist Chapel on the corner of Byron Street.

A little further along on the right  in the row of shops approaching Chaucer Street was a bakers and as well as ordinary loaves they baked what they called penny loaves these were exactly like a full size loaf they even had Hovis on them, all the kids used to buy them very tastey, with them being small there was as much crust as bread. The couple that had this shop I think were man and wife very nice people, both of them very deaf which also effected their speech.

Across from Chaucer Street was Walkden Street on the corner was a cobblers the name on the front was Ward but the man who worked in it was named Mace, he was the father of a school friend of mine, I don’t know if the shop was his and he hadn’t bothered changing the name or he might have just worked for Mr.Mace.

The last street before school was Chaucer Street, the first shop in the row between there and school was Barry Jepson Joinery on the corner I think they are still going on Hermitage Lane in bigger premises. There might have been a ladies hairdresser next, then Nutthall and Thompson electricians, Alf Nutthalls barbers and the last one was Blythes butchers.

Across from school was an alleyway called Quaker Lane there was a sweet shop on the corner and a bit further down was Ruth Street with a shop on the corner this I think was owned by a Mr.Twells. The teachers at Rosemary School who had cars parked them on Ruth Street It was a cul de sac. This street disapeared  and so did the Baptist church which was on the opposite corner to the shop to make way for the bus station when the Four Seasons Centre was built…..Thats progress for you!

If theres anyone out there who’s family name I’ve spelled wrong I apologise, names that sound the same as you know, arn’t always spelled the same.