You are here: HomenextTopicsnextBusinessnextIndustrynextMiningnextRaja Ram 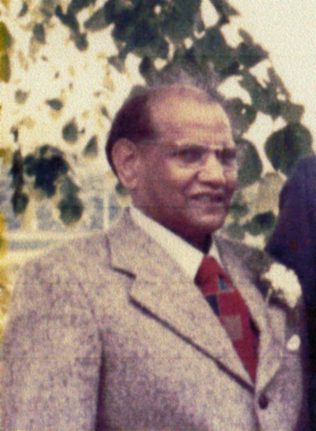 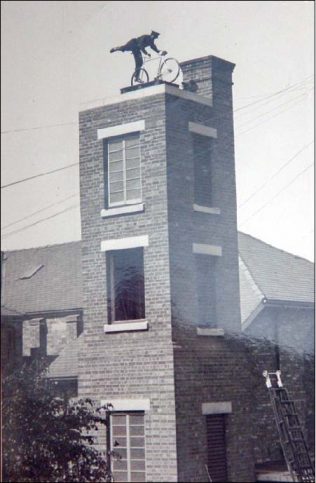 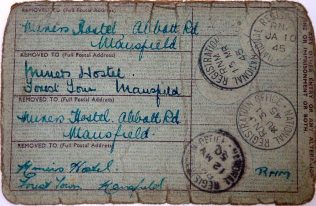 With acknowledgement to Iris Ram.

There are still many people in and around Forest Town who remember Raja Ram, and while they don’t immediately tell you he worked at ‘Crownie’ (Mansfield Colliery) they do remember him with fondness and recall Raja was a trick cyclist, also that he cut peoples hair and toe nails.

Raja Ram was born in India in 1913. He ran way from home at a very early age (to escape an arranged marriage) and joined a circus. In 1937 he and others were brought to England to work as entertainers in theatres. The man who brought them to England kept their passports using them to bring other people to England.

The English weather was very different to what Raja was used to, he could not speak English, and it was a lonely life. The troupe first performed in Blackpool and then Skegness. Raja was noted for performing many amazing and daring tricks on a bicycle.

It was in Skegness that Raja first met Iris, the girl that was later to become his wife. Iris lived in Skegness. Their friendship grew but in those early months/years it was very difficult time for them both, not only was their a language barrier but Iris dare not let her parents know she was associating with a coloured boy, in those days it was not accepted. Love however conquers all and eventually Iris and Raja were married and started to raise a family. They lived in Skegness.

Finding employment was difficult for Raja and the war years brought even more difficulties for the young couple. Raja applied to join the navy and was told he was to old, he was only twenty-six! He then joined the Auxiliary Fire Service where he eventually gained the respect of his colleagues when as a dare, he did cycling tricks on the top of the Hose Tower.

In 1944 life changed again for Raja and his family, he was sent as a Bevin Boy to work in the Nottinghamshire coal fields. Raja stayed in Miners Hostels in the Mansfield area including the Forest Town Hostel. His wife and young family continued to live in Skegness.

Such was Raja’s love for his family that he travelled back to Skegness each weekend to see them, on his motorbike. He had some very difficult journeys in some very inclement weather. The couple could not afford to buy a house and had to wait nine long years before the council provided them with a council house, they believed prejudice had a lot to do with this.

A House in Forest Town

Their new home was in Forest Town and it was a joy for the family to be together again. Raja and Iris spent many happy years watching their children grow up and eventually grandchildren being born. Sadly Raja died in 1980.

Iris has since recorded this both sad and wonderful story in a book for her family, it is something for them all to treasure.

Iris still lives in Forest Town and will smile as she recalls that to all local people, Raja was always known as Raja, but she was always Mrs Ram.