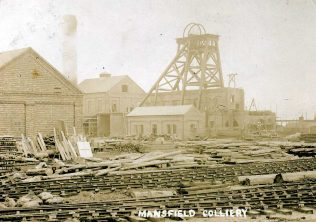 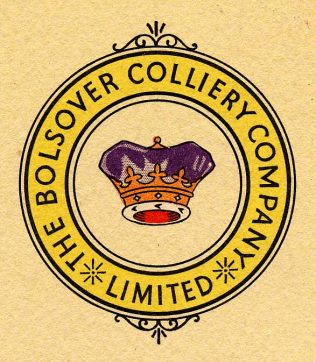 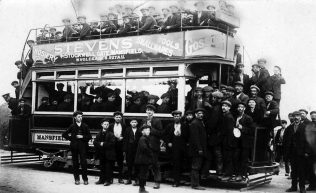 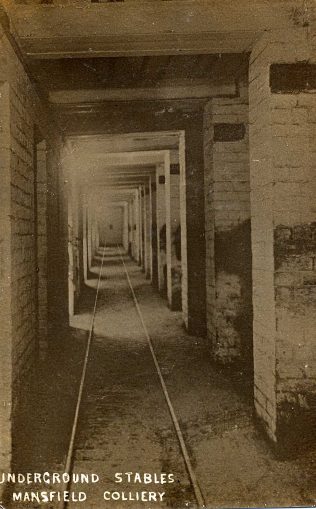 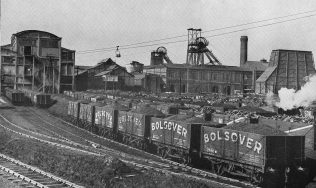 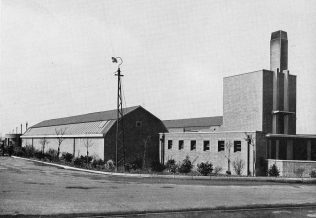 A Brief Look at Mansfield Colliery

The Bolsover Colliery Company  was established in 1889 to mine coal. It sank its first two pits in Derbyshire with coal being reached at Bolsover in September 1891 and Cresswell in February 1896. The Company then sank its third pit at Mansfield, Nottinghamshire. Sinking began in February 1904, and coal was reached in May 1905. The seam of workable coal known as the Top Hard Seam was 5′ 4″ thick and reached at a depth of 544 yards.

This colliery was officially named Mansfield Colliery but because of its close proximity to a local farm called Crown Farm, it soon became known as Crown Farm Colliery or Crownie.

To accommodate the initial workforce the new village of Forest Town was built, this provided housing, shops, a school, religious establishments, and social facilities etc.

As the colliery grew both in size, and coal production over the years, the workforce also increased and miners travelled from a wider area to work at Mansfield Colliery. In the early years miners would walk to work, go by cycle (a cycle store that would accommodate 150 cycles was provided by the company), others would travel by tram.

A report in the Courier Newspaper 1910, said there were four sets of underground stables at Mansfield Colliery that accommodated 120 ponies which received every care and attention. Cleanliness was an outstanding feature. A number of years later in 1936 H. W. Carter (Manager) reported ‘it had not been possible during the year to reduce the number of ponies below ten’.

Initially coal was wound from the mine in small tubs, but after the reorganisation of the shaft bottom in 1947, skip winding was introduced.

For over 20 years miners went home in their ‘pit muck’, this all changed when in 1936 the Pit Head Baths were built and opened. These had a bay with lockers for clean clothes, and another bay for ‘mucky’ ones. Shower cubicles were in the centre of the building. H.W. Carter (Manager)in a report dated 1936, said the Pit Head Baths were a great success and highly appreciated. He also stated that the Canteen opened in connection with the baths was a great boon, and that the men appeared to enjoy the opportunity for light refreshments after a bath.

Before Nationalisation in 1947 miners had to provide their own working clothes.

Over the years many changes took place at the colliery, both to increase production and also to improve safety and working conditions. At one time Mansfield Colliery was the largest coal-producing mine in the country.

THE DATES BELOW GIVE  AN  INSIGHT TO SOME OF THESE CHANGES

1947  Nationalisation of the Coal Industry – Now The National Coal Board

1988 Colliery Closed After 83 Years. (When built the estimated life of the colliery was 50 years).

1989 Demolition and Filling of Shafts. The Headstocks Were Finally Pulled Down in June.

Acknowledgement – Information on Mansfield Colliery has been gathered over the years from many sources, people, and establishments – all are acknowledged. It is hoped the information displayed on these web pages will ensure the history of the colliery, and the people that worked there do not fade.