You are here: HomenextTopicsnextArchaeologynextThe Flint Project 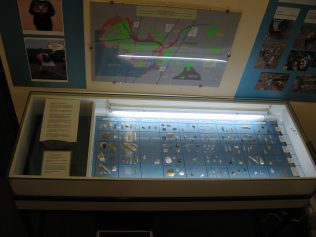 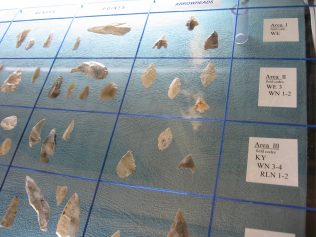 In the early 1970s the Society undertook a fieldwalking survey of the upper Meden valley and its surroundings. The fieldwalking was done over many seasons when ploughing took place and by and large the farmers were most co-operative.  A large collection of flint artifacts and pottery sherds was recovered and these are now stored in the Mansfield Museum.

Studies of the flints were carried out by experts and graduates at Nottingham and Sheffield universities.  It was concluded that the upper reaches of the Meden and its tributaries were used extensively from the Mesolithic period through to the Bronze-age.

Approximately 1000 of these worked flints were drawn by the late Frank Fletcher, a retired architect, and we are currently in the process of uploading these remarkable images onto our website.

At present a small selection of these artifacts are on display in the Mansfield Museum.