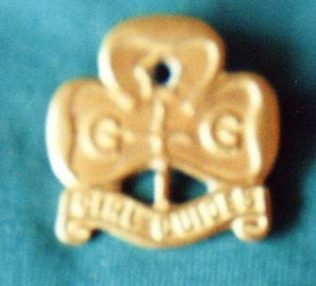 100 Year of the Girl Guide Movement

This was a large Celebration Day that took place on September 19th 2009 at Newark Showground. It was called Countdown 100 because it is the start of the celebrations for 100 years of the Girl Guide Movement.

I went to this event with the first Clipstone Rainbows and Guides and their leaders. We arrived at the showground at 10.00am and had to wear a gold ID waist band because their were over 6,000 other Guides, Brownies, Rainbows and Guiders, so we didn’t want to get lost in the crowd.

After our lunch break, their were exhibitions and demonstrations taking place in the arena. These were: Motor Bike Stunt Teams, Dog Obedience trials, Fire-eaters and an Acrobatic Display Team. At 2.00pm the RAF Falcon Parachute Team landed trailing coloured smoke.

There were many activities for the Rainbows to do in the Rainbow Zone and the Guides enjoyed their activities in the Guide Zone. There were also lots of side shows, shops, craft tents and hot food stalls.

At 5.30pm we all had to sit in the arena and have a picnic tea together. Later we watched a guiding video on a big screen, this was followed by entertainment on the stage by the Nottinghamshire Girl Guide & Scout Gang Show. We were all given flashing bunny ears and glow bracelets to wear as it started to become darker. Disco music was played and then a large firework display brought the great day to a close.

On the coach going back to Ollerton we were all given a party bag containing a slice of cake (unwrapped), a Guiding pencil, key ring, rubber, fridge magnet and a centenary cloth badge.

It was a wonderful day out for all, and we are looking forward to the Anniversary Celebration in 2010.