Clipstone Camp and the Mansfield Area in WW1 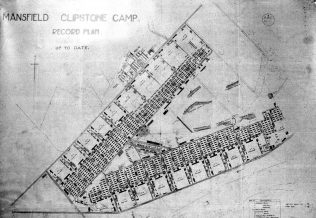 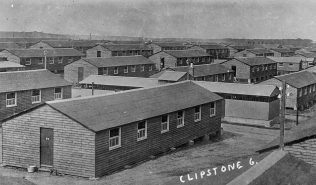 zoom
Huts as far as the eye can see 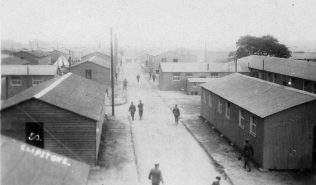 zoom
Roads between the huts were referred to as 'Lines' 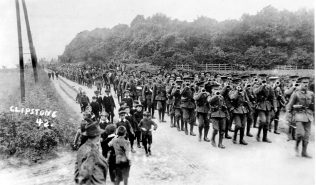 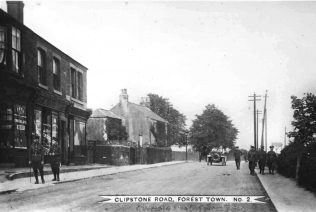 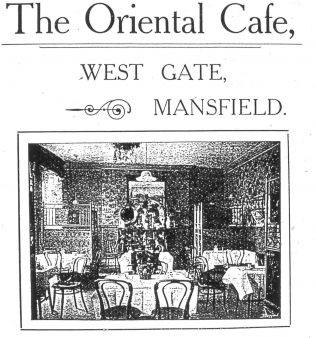 zoom
A cafe that extended its premises to accommodate soldiers 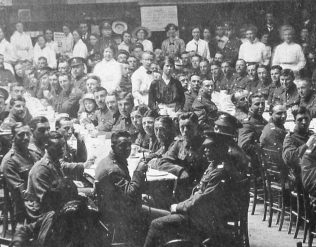 zoom
Refreshments in the YMCA, Mansfield 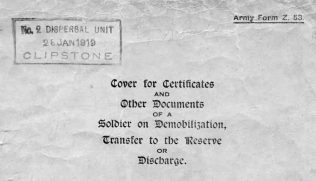 zoom
The papers many soldiers were glad to receive

The first World War 1914 -18, was a war that altered the lives of many people as it extended from the anticipated few months into four years. The demand for an increased army meant the migration of young men from village, town and city. The men were encouraged to fight patriotically for their country.

In the Nottinghamshire town of Mansfield the call for recruitment had a two-fold effect. A large number of men enlisted and moved away and an even greater number of soldiers moved into the area to live and train at Clipstone Camp.

This was a vast hutted camp especially erected to accommodate men of the new armies raised by Lord Kitchener. The building of such a camp had a big impact over all the area. The environment was affected. Concerns to health became an issue and increased expenditure was incurred by the local councils.

The camp and the integration of soldiers, (upwards of 20,000 at any one time) into the area, had a great effect on people in the community as soldiers were everywhere, on route marches, training with bayonets etc. and practising on rifle ranges. The regiments came from far and wide and the accents would have been many.

Many of them attended local church services and could be seen walking through the village of Forest Town into Mansfield. Refreshment facilities had been opened up for them  at the YMCA, in local churches and extended cafes such as the Oriental Cafe in Westgate. Sports and other recreational activities were offered to the soldiers and additionally they participated in entertainment for local people.

The soldiers brought additional spending power into the locality and quick thinking entrepreneurs took advantage of this. Owners of cars applied for licences and set up taxi services to and from the camp.

Schools and local women became involved in events to raise funds and equipment for those participating in the war, not just for those at the camp but for those serving overseas.

In the early months of 1920 there were very few soldiers left at Clipstone Camp and throughout the following months into 1921 there were a number of large sales as huts and other military equipment was sold. Huts became village halls, schools churches, family homes and garages and they continued to serve a useful purpose for many years.

This is just a brief summary of an amazing period and place in our local history, the  bigger picture is told in a new publication ‘Clipstone Camp and the Mansfield Area in World War One’ by Pauline Marples published by Forest Town Heritage Group. The book priced £10 can be purchased by visiting Mansfield Museum. For further information re price plus postage and availability elsewhere email Heritage.Foresttown@ntlworld.com